After having completed a successful Military Career, during which Trevor served in Germany, France, Malaya, West Bengal, Singapore and Sarawak in Northern Borneo, he has held several junior, middle and senior management and financial appointments, with substantial national enterprises, within the UK and overseas his work taking him to Juaymah in Saudi Arabia, Bahrain, Kuwait, United States Of America, his responsibilities being further extended, to overlook contracts in Iraq and Qatar. Whilst on end of contract leave, he was offered further contracts, which would have taken him to Alaska or Libya, but due to family commitments declined the offer.

In 1983, Trevor felt that in view of his vast financial experience including experience gained by studying law, he would endeavour to establish his own firm. He ran the firm for over 35 years until he retired in 2019 ultimately passing the business down.

Trevor has written a book sharing his encounters and experiences throughout his time served in the military. His book gives a different outlook on war and how he coped on his journey, he witnessed many actions in his military career that he could never unsee, that would affect him for the rest of his life, but he also has fond memories and friendships that are everlasting. He saw and cherished the humanity and kindness in all civilians despite the atrocities going on around him. The Book is now on sale at Amazon and other Book Outlets, copies can also be obtained from our offices in Hamilton Road, Garswood. Amazon - Trevor Hall

Emma's interest in accountancy was highlighted whilst attending Wigan & Leigh College. She joined our firm in August 2005 in the capacity of accounts technician whilst pursuing her AAT qualification. Now she is a mother of two children and qualified as a Chartered, Certified Accountant, ACCA.

Leah joined the firm in 2008. She went onto study at Wigan and Leigh College and graduated as an Accounts Technician (MAAT).  Leah is a Morris Dancer and is a member of the Wigan Royals Morris Dancing Troupe, she often travels to venues throughout the region to perform.

﻿Catherine first joined us some twenty years ago prior to her pursuing an exciting career with various airlines. Having travelled the world many times, she now has her feet firmly on the ground and is enjoying life as a Mum and accounts technician. Cath, as she is affectionately known, is very energetic, a pro-active team player, with excellent communication skills. She is a great asset to this firm, fellow work colleagues and clients. Cath also goes to the gym to Zumba classes.

Gemma first joined us in 2002 and is pursuing her ACCA qualification. She is able to adopt an intelligent approach to most given situations. Gemma has an extremely likeable personality and gets on extremely well with all our clients. When Gemma’s not working she likes to spend time with her family.

Natalie joined the firm in 2020 after persuing a career in the fitness industry. Natalie is a polite and easy going individual who gets on extremely well with all our clients. 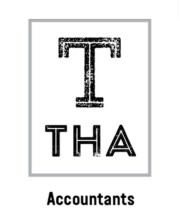 Saturday - By Appointment Only

Free Consultation. You can contact us on the following telephone numbers if you have any queries or wish to make an appointment: